Ghizzolo in the past and today

The property is located on a historic site that has been known for centuries under the ancient Longobardic place name “Ghizzolo”. The older of the two buildings that make up the estate originally served as a fortified toll post: Back in the 12th and following centuries, the main trading route from and to Florence passed right by Ghizzolo and was the path to take for all merchants wishing to offer their goods on the market of the village-fortress of Montaione higher up on the hill.

Later the property was incorporated in the estate of the Counts of Nardi-Dei da Filicaja and operated as a farm. Over the centuries, Ghizzolo saw multiple modifications and the addition of living quarters and stable buildings, which added to its archetypal Tuscan character.

Still today, the now bricked-up loop holes tell the attentive visitor which parts of the building once constituted the fortified tower (today housing the apartment Lucca) and which have been added later on. The kitchen of the San Gimignano apartment boasts a 400-year old brick cross-vault. The second building, where the two largest apartments “Firenze” and “Fiesole” welcome the guests, used to be an airy, spacious barn.

Until the middle of the 20th century a common agricultural lease arrangement in Tuscany, like elsewhere in Italy, was sharecropping (“Mezzadria”), i.e. instead of paying a fixed amount of rent, the tenant farmers had to deliver half of their crops and other produced goods to the proprietor of the land – a hard-earned living. This is one of the reasons why, after 1945, many farmers moved to larger towns and cities and the population of Montaione and its territory dropped from about 10,000 to the current 4,000.

Relax at a place steeped in history

Relax at a place steeped in history

The population drift to the cities left Ghizzolo uninhabited from the late 1960s. After almost 30 years, this “sleeping beauty” was carefully restored in full respect of its historic roots and completely refurbished for a second life as an upscale holiday estate with seven tastefully furnished apartments (65 to 100m²). In 2015 the interior design was given a thorough update so that today the apartments present a subtle mix of timeless Tuscan country style and new, fresh elements.

The skillful layout of the garden and of the paths across the 12,300m² property ensure that all guests have the choice of relaxing either in their own, private area, or enjoying the sun on the generous deck around the centrally located swimming pool. The large pool (ca. 8 x 15 m) is as perfect for a quick cool down as for swim training, while small children can splash around safely in the separate kids’ pool. The property’s two parking lots offer sufficient parking space. 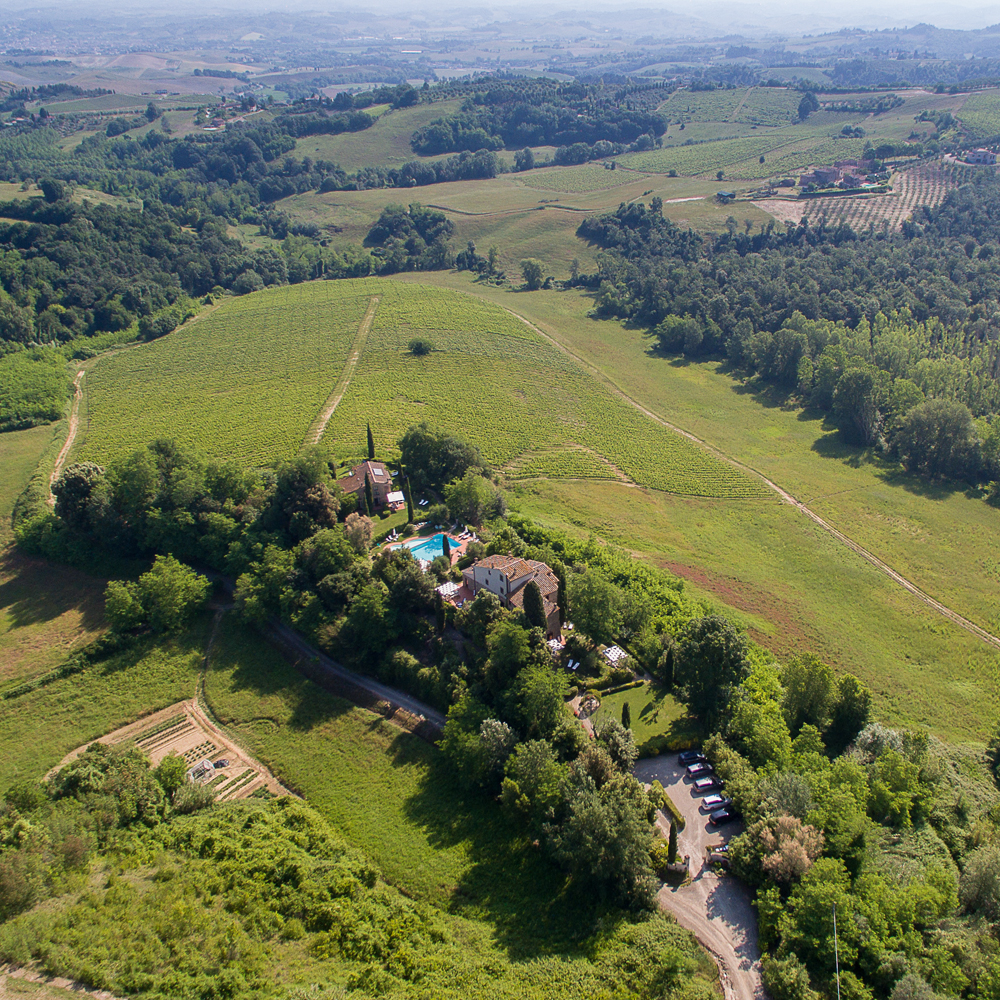 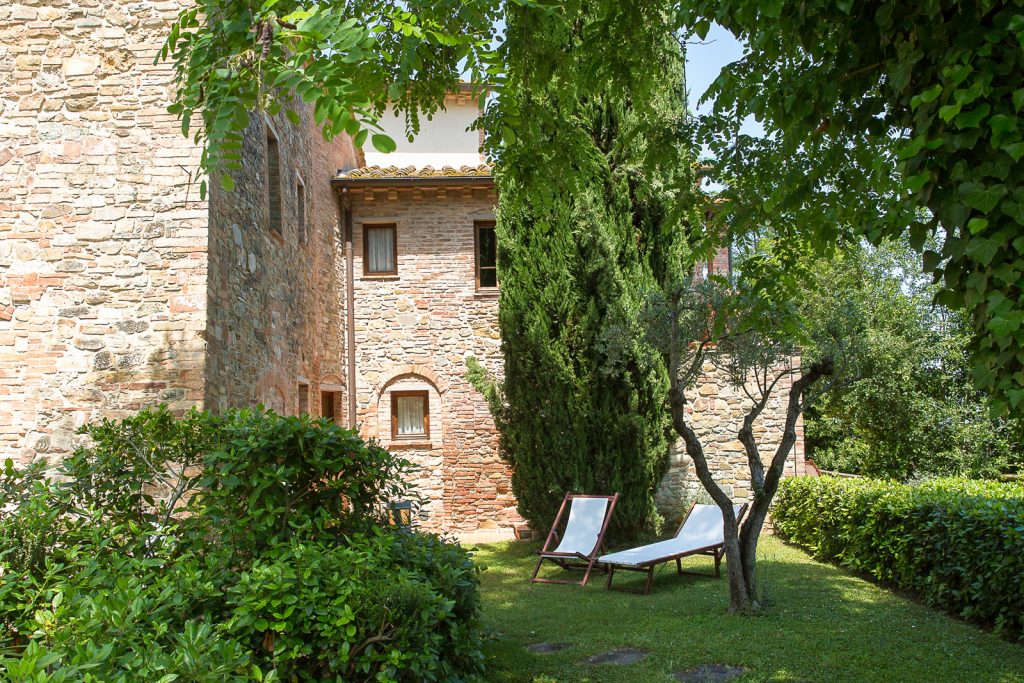 A cooperation between friends 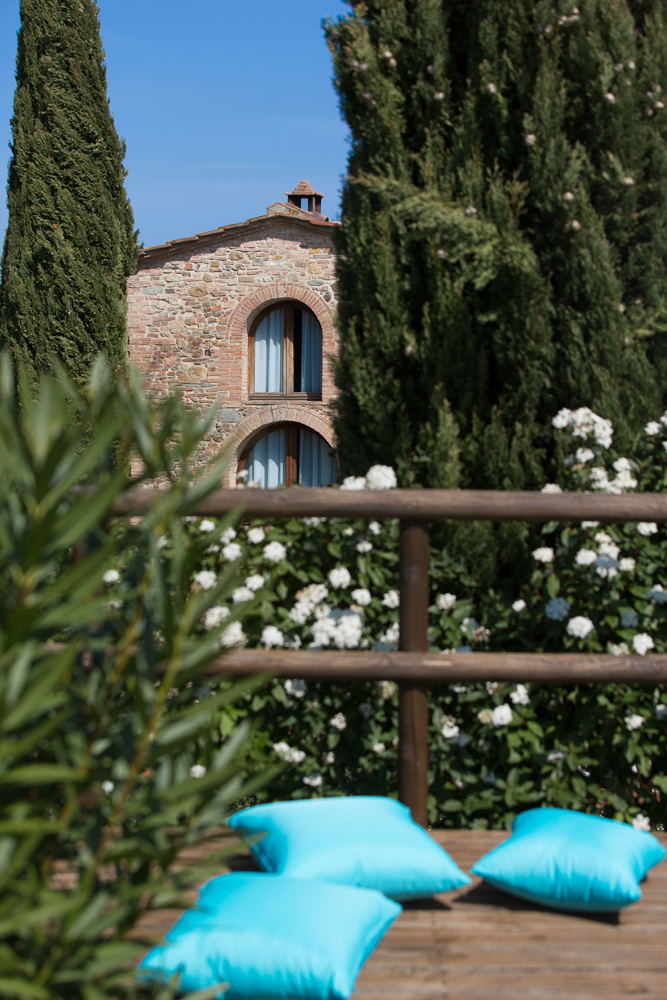 Historic roots in the 12th century